Hubble monitors Jupiter in support of the New Horizons Flyby 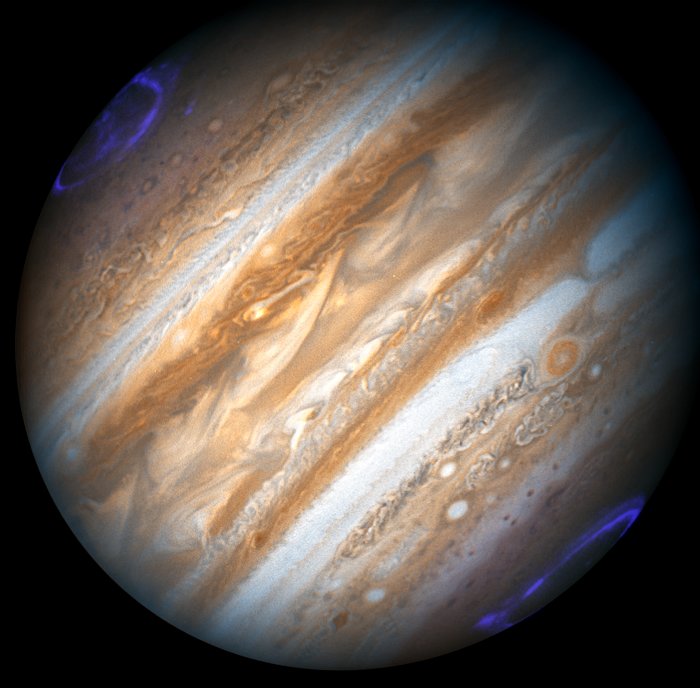 The Hubble Space Telescope has recently taken images of the planet Jupiter in support of its sister NASA Mission - New Horizons. The New Horizons spacecraft is en route to Pluto, and made its closest approach to Jupiter on February 28, 2007. Jupiter is giving New Horizons a gravity assist that will save three years on its journey to Pluto. The New Horizons spacecraft will fly by the Pluto system in July of 2015. After studying Pluto and its moons Charon, Nix and Hydra, New Horizons will go on for a hoped-for encounter with a yet-to-be-discovered Kuiper Belt object. A countdown clock on the New Horizon's Mission page (http://www.nasa.gov/mission_pages/newhorizons/main/index.html) patiently counts down the days until it reaches Pluto, only about 3000 more to go!

Notes: The violet auroras shown at Jupiter's North and South poles are from ACS data.