Hubble view of Eris and Dysnomia 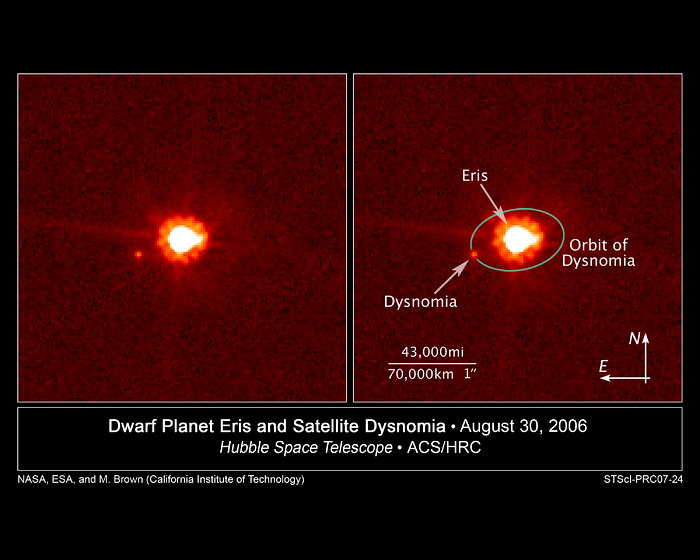 [Left] - This is an image of the dwarf planet Eris (centre) and its satellite Dysnomia (at 9 o'clock position) taken with NASA/ESA's Hubble Space Telescope on Aug. 30, 2006. Hubble observations were obtained on Dec. 3, 2005 and Aug. 30, 2006 using the Advanced Camera for Surveys. The Hubble images were combined with images from the Keck telescopes taken on Aug. 20, 21, 30, and 31 to measure the satellite's orbit and calculate a mass for Eris, which is the largest dwarf planet in the Solar System.

[Right] - Labeled version of the above mentioned image of dwarf planet Eris and its satellite Dysnomia taken with NASA/ESA's Hubble Space Telescope on Aug. 30, 2006. Dysnomia's projected orbit around Eris is superimposed on the image.