The Many Faces of Vesta 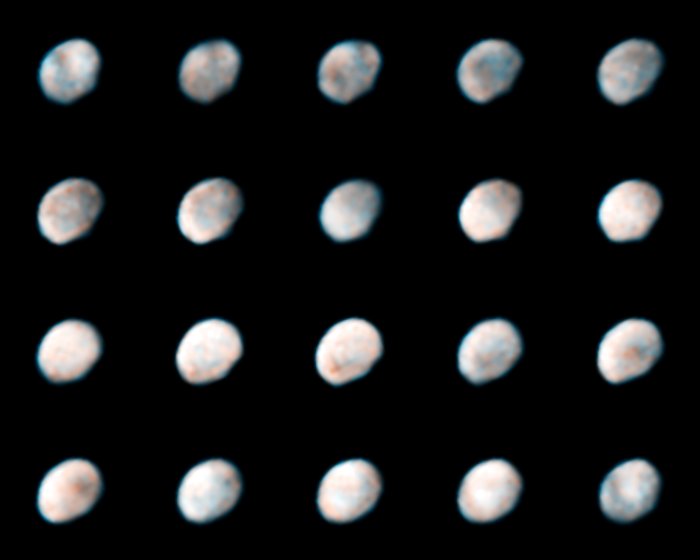 To prepare for the Dawn spacecraft's visit to Vesta, astronomers used Hubble's Wide Field Planetary Camera 2 to snap new images of the asteroid. These images were taken on May 14 and 16, 2007. Each frame shows time in hours and minutes based on Vesta's 5.34-hour rotation period. Using Hubble, astronomers mapped Vesta's southern hemisphere, a region dominated by a giant impact crater formed by a collision billions of years ago. The crater is 285 miles (456 kilometres) across, which is nearly equal to Vesta's 330-mile (530-kilometre) diameter.