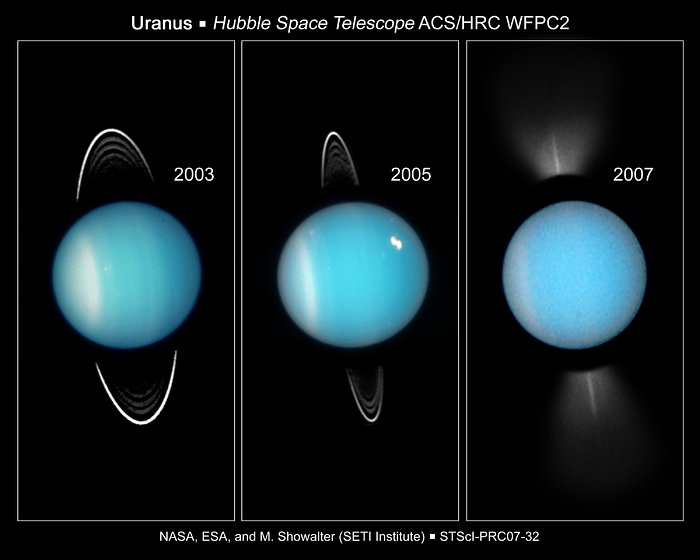 This series of images from NASA's Hubble Space Telescope shows how the ring system around the distant planet Uranus appears at ever more oblique (shallower) tilts as viewed from Earth - culminating in the rings being seen edge-on in three observing opportunities in 2007. The best of these events appears in the far right image taken with Hubble's Wide Field Planetary Camera 2 on August 14, 2007.