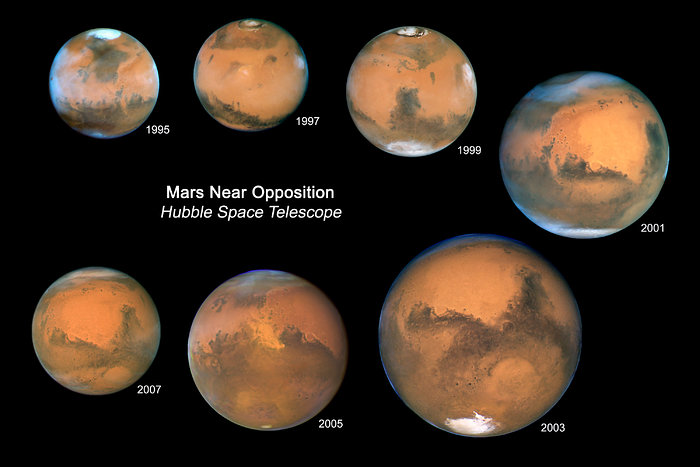 Every 26 months Mars is opposite the Sun in our nighttime sky. Since 1995, Mars has been at such an "opposition" with the Sun seven times. A color composite from each of the seven Hubble opposition observations has been assembled in this mosaic to showcase the beauty and splendor that is The Red Planet.

This mosaic of all seven globes of Mars shows relative variations in the apparent angular size of Mars over the years. Mars was the closest in 2003 when it came within 56 million kilometres of Earth. The part of Mars that is tilted towards the Earth also shifts over time, resulting in the changing visibility of the polar caps. Clouds and dust storms, as well as the size of the ice caps, can change the appearance of Mars on time scales of days, weeks, and months. Other features of Mars, such as some of the large dark markings, have remained unchanged for centuries.