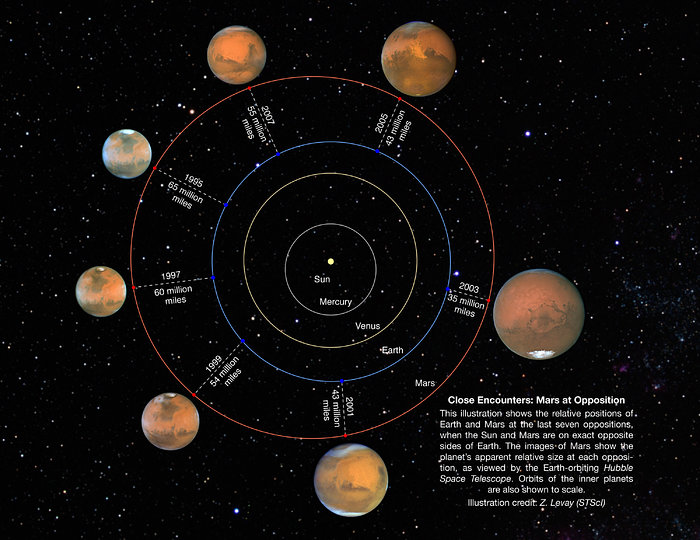 This illustration shows the relative positions of Earth and Mars at the last seven Martian oppositions from 1995 through 2007. Opposition occurs when the Sun and Mars are on exact opposite sides of Earth, resulting in a full-phase for Mars, similar to a full moon. The images of Mars show the planet's apparent relative size at each opposition, as viewed by the Earth-orbiting Hubble Space Telescope. Orbits of the inner planets are to scale.