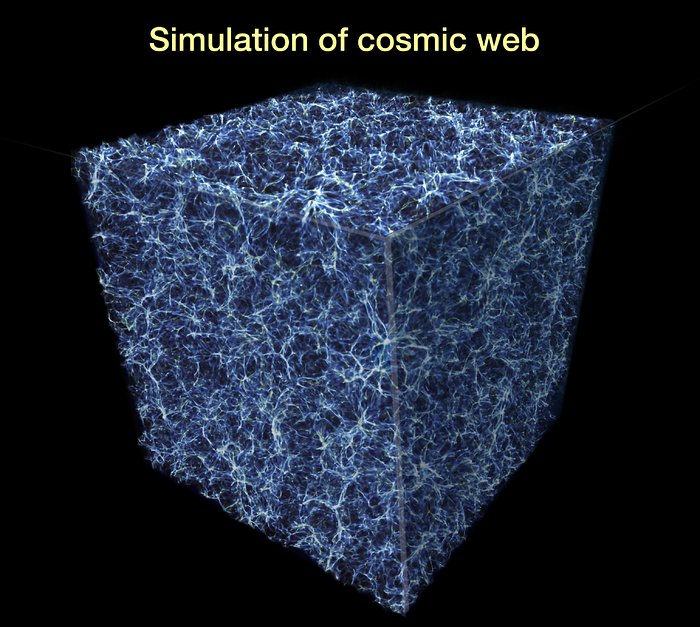 This graphic represents a slice of the spider-web-like structure of the Universe, called the "cosmic web". These great filaments are made largely of dark matter located in the space between galaxies. The Hubble Space Telescope probed the structure of intergalactic space to look for missing ordinary matter, called baryons, that is gravitationally attracted to the cosmic web.