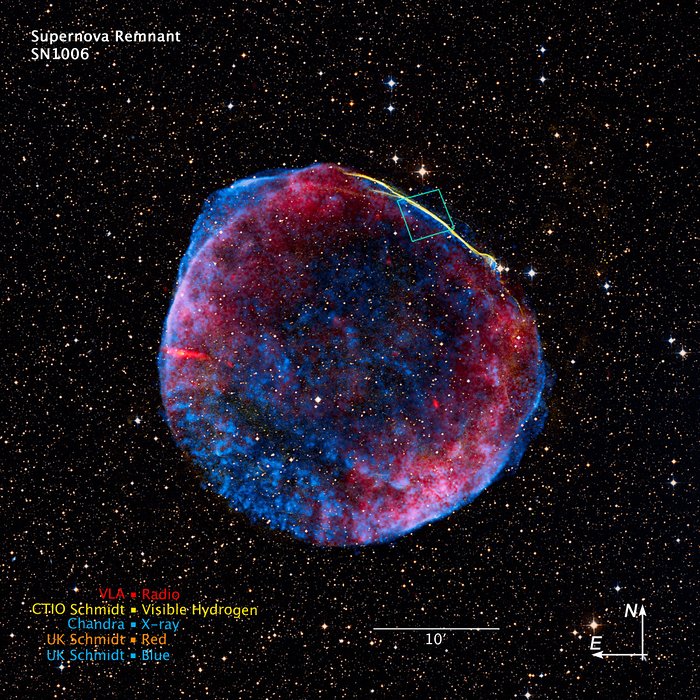 This image is a composite of visible (or optical), radio, and X-ray data of the full shell of the supernova remnant from SN 1006. The radio data show much of the extent that the X-ray image shows. In contrast, the visible light stems primarily from a small delicate filament along the northwest rim of the shell. The entire object has an angular size of roughly 30 arcminutes (0.5 degree, or about the size of the full Moon), and a physical size of 60 light-years based on its distance of nearly 7,000 light-years. The small green box along the bright filament at the top of the image corresponds to the dimensions of the Hubble release image.