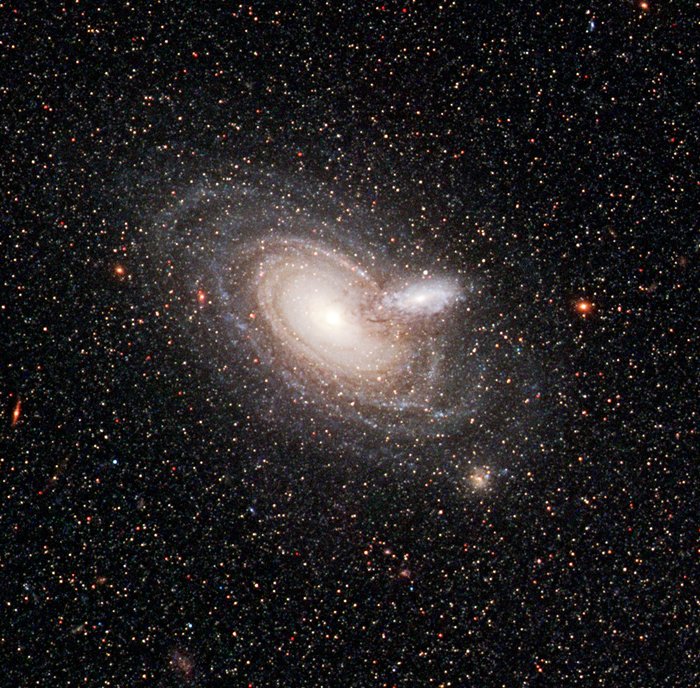 The NASA/ESA Hubble Space Telescope has captured a rare alignment between two spiral galaxies. The outer rim of a small, foreground galaxy is silhouetted in front of a larger background galaxy. Skeletal tentacles of dust can be seen extending beyond the small galaxy's disk of starlight. From ground-based telescopes, the two galaxies look like a single blob. But the Advanced Camera's sharp "eye" distinguished the blob as two galaxies, cataloged as 2MASX J00482185-2507365. The images were taken on 19 September, 2006.