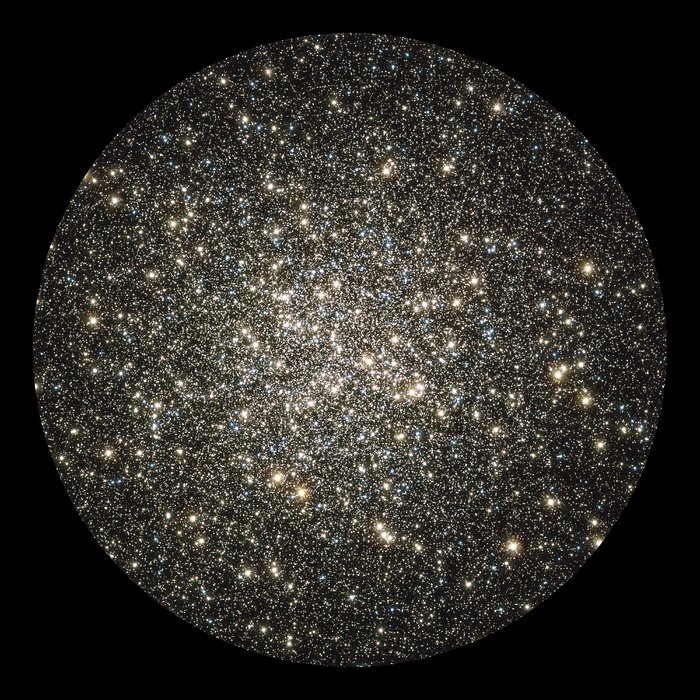 Like a whirl of shiny flakes sparkling in a snow globe, the NASA/ESA Hubble Space Telescope catches an instantaneous glimpse of many hundreds of thousands of stars moving about in the globular cluster M13, one of the brightest and best-known globular clusters in the northern sky. This glittering metropolis of stars is easily found in the winter sky in the constellation Hercules and can even be glimpsed with the unaided eye under dark skies.

M13 is home to over 100 000 stars and located at a distance of 25 000 light-years. These stars are packed so closely together in a ball, approximately 150 light-years across, that they will spend their entire lives whirling around in the cluster.

This image is a composite of archival Hubble data taken with the Wide Field Planetary Camera 2 and the Advanced Camera for Surveys. Observations from four separate science proposals taken in November 1999, April 2000, August 2005, and April 2006 were used. The image includes broadband filters that isolate light from the blue, visible, and infrared portions of the spectrum.