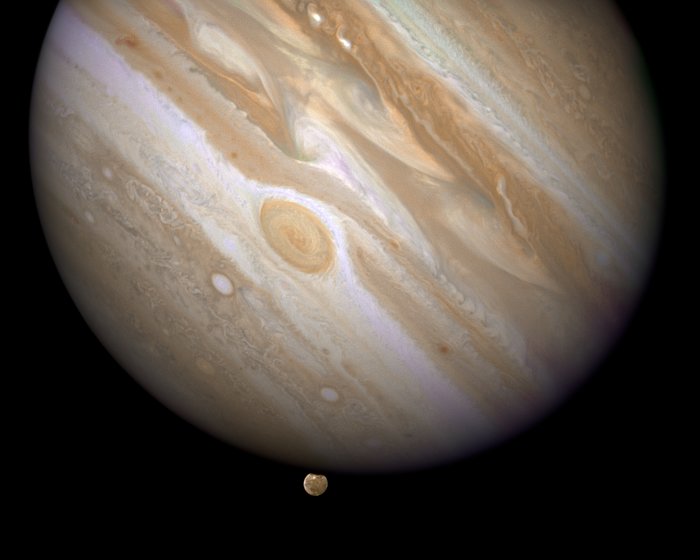 Hubble's view is so sharp that astronomers can see features on Ganymede's surface, most notably the white impact crater, Tros, and its system of rays, bright streaks of material blasted from the crater.