Hubble and other great observatories examine the galactic centre region 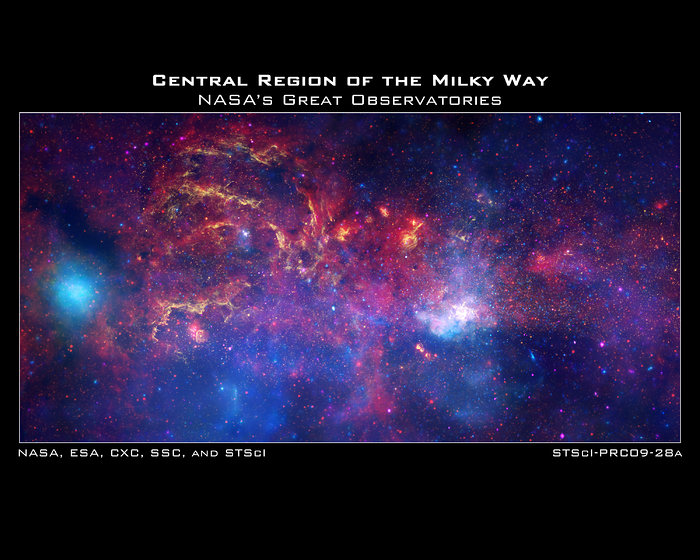 In celebration of the International Year of Astronomy 2009, the NASA/ESA Hubble Space Telescope and its companion Great Observatories: the Spitzer Space Telescope and the Chandra X-ray Observatory have collaborated to produce an unprecedented image of the central region of our Milky Way galaxy.

In this spectacular image, observations using infrared light and X-ray light see through the obscuring dust and reveal the intense activity near the galactic core. Note that the centre of the galaxy is located within the bright white region to the right of and just below the middle of the image. The entire image width covers about one-half a degree, about the same angular width as the full moon.

Each telescope's contribution is presented in a different colour:

When these views are brought together, this composite image provides one of the most detailed views ever of our galaxy's mysterious core.