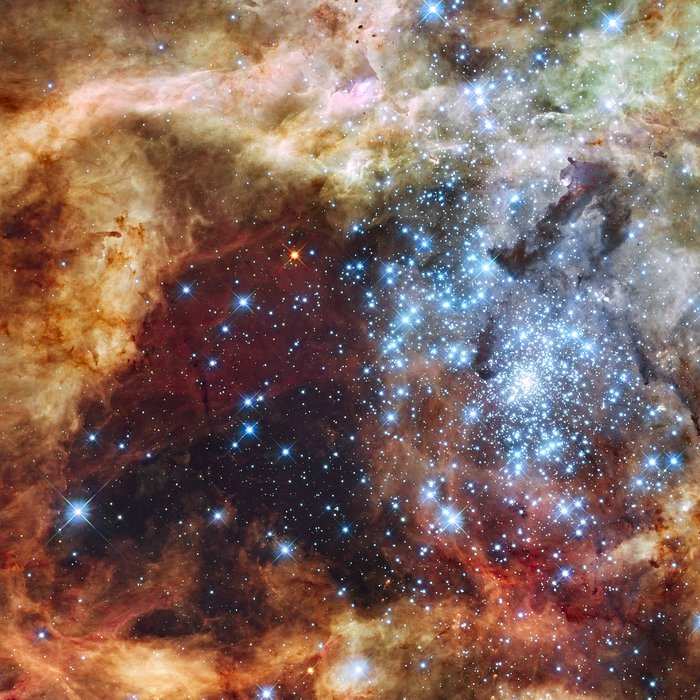 This image of hundreds of brilliant blue stars wreathed by warm glowing clouds is the most detailed view of the largest stellar nursery in our local galactic neighborhood. The stellar grouping, called R136, is only a few million years old and resides in the 30 Doradus Nebula, a turbulent star-birth region in the Large Magellanic Cloud (LMC), a satellite galaxy of our Milky Way. There is no known star-forming region in our galaxy as large or as prolific as 30 Doradus. Many of the diamond-like icy blue stars are among the most massive stars known. Several of them are over 100 times more massive than our Sun.

The image, taken in ultraviolet, visible, and red light by Hubble's Wide Field Camera 3, spans about 100 light-years. The nebula is close enough to Earth that Hubble can resolve individual stars, giving astronomers important information about the birth and evolution of stars in the universe.