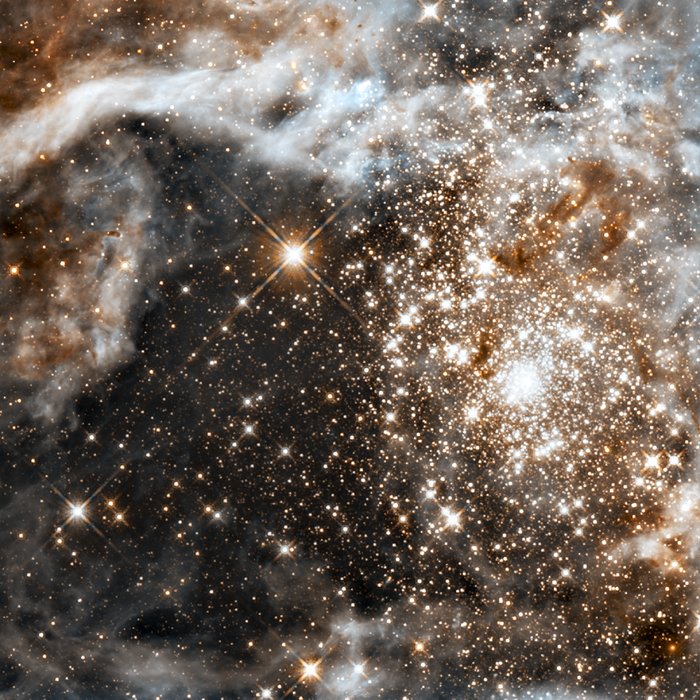 This image is the most detailed view of the largest stellar nursery in our local galactic neighborhood. The stellar grouping, called R136, is only a few million years old and resides in the 30 Doradus Nebula, a turbulent star-birth region in the Large Magellanic Cloud (LMC), a satellite galaxy of our Milky Way. There is no known star-forming region in our galaxy as large or as prolific as 30 Doradus. Many of the diamond-like stars are among the most massive stars known. Several of them are over 100 times more massive than our Sun.