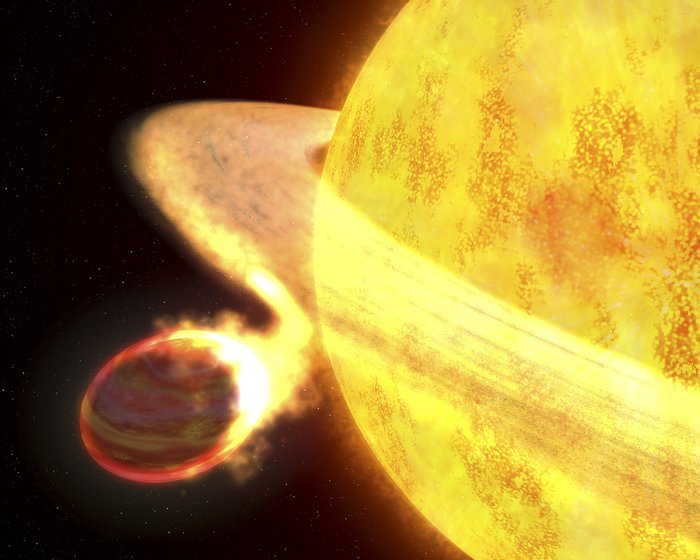 This is an artist's concept of the exoplanet WASP-12b. It is the hottest known planet in the Milky Way galaxy, and potentially the shortest lived. The planet is only 3.2 million kilometres from its sunlike parent star — a fraction of Earth's distance from the Sun. Gravitational tidal forces from the star stretch the planet into an egg shape. The planet is so hot that it has puffed up to the point where its outer atmosphere spills onto the star. An accretion bridge streams toward the star and material is smeared into a swirling disc. The planet may be completely devoured by the star in 10 million years. The planet is too far away for the Hubble Space Telescope to photograph, but this interpretation is based in part on analysis of Hubble spectroscopic and photometric data.