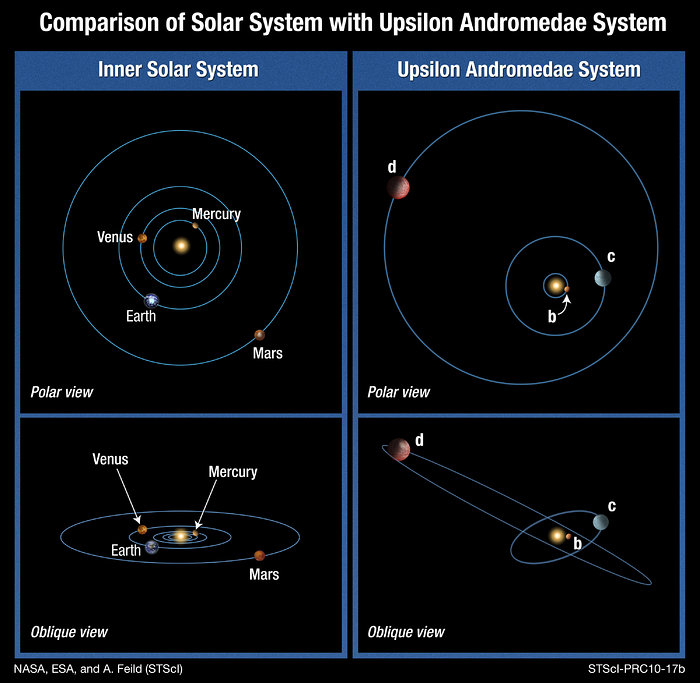 This is an artist's illustration that compares the Solar System with the Upsilon Andromedae system. Astronomers have recently discovered that not all planets orbit the bright yellow-white star Upsilon Andromedae in the same plane, as the major planets in our Solar System orbit the Sun. The orbits of two of the planets, c and d, are inclined by 30 degrees with respect to each other. Such a strange orientation has never before been seen in any other planetary system. This surprising finding will impact theories of how planetary systems form and evolve, say researchers. It suggests that some violent events can happen to disrupt planets' orbits after a planetary system forms. The discovery was made by joint observations with the Hubble Space Telescope, the Hobby-Eberly Telescope, and other ground-based telescopes.