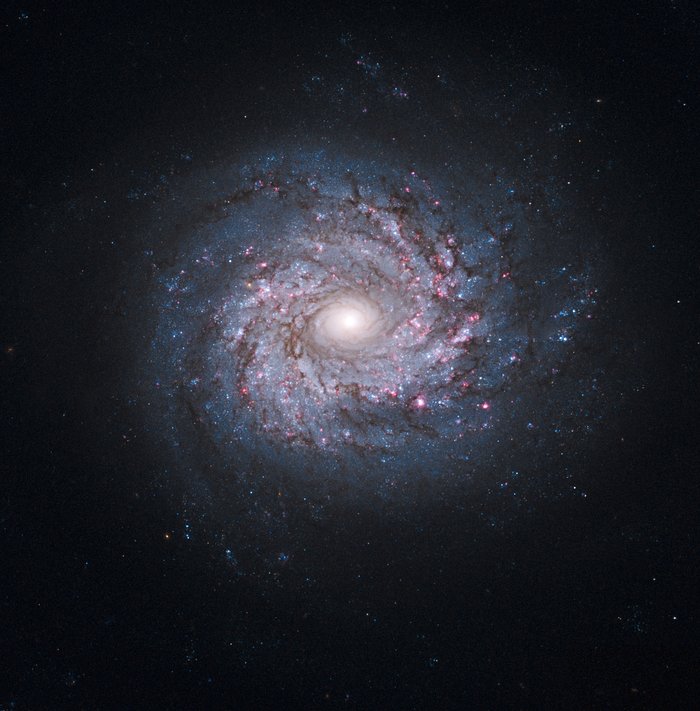 Though the universe is chock full of spiral-shaped galaxies, no two look exactly the same. This face-on spiral galaxy, called NGC 3982, is striking for its rich tapestry of star birth, along with its winding arms. The arms are lined with pink star-forming regions of glowing hydrogen, newborn blue star clusters, and obscuring dust lanes that provide the raw material for future generations of stars. The bright nucleus is home to an older population of stars, which grow ever more densely packed toward the centre.

NGC 3982 is located about 68 million light-years away in the constellation Ursa Major. The galaxy spans about 30,000 light-years, one-third of the size of our Milky Way galaxy. This colour image is composed of exposures taken by the Hubble Space Telescope's Wide Field Planetary Camera 2 (WFPC2), the Advanced Camera for Surveys (ACS), and the Wide Field Camera 3 (WFC3). The observations were taken between March 2000 and August 2009. The rich colour range comes from the fact that the galaxy was photographed invisible and near-infrared light. Also used was a filter that isolates hydrogen emission that emanates from bright star-forming regions dotting the spiral arms.