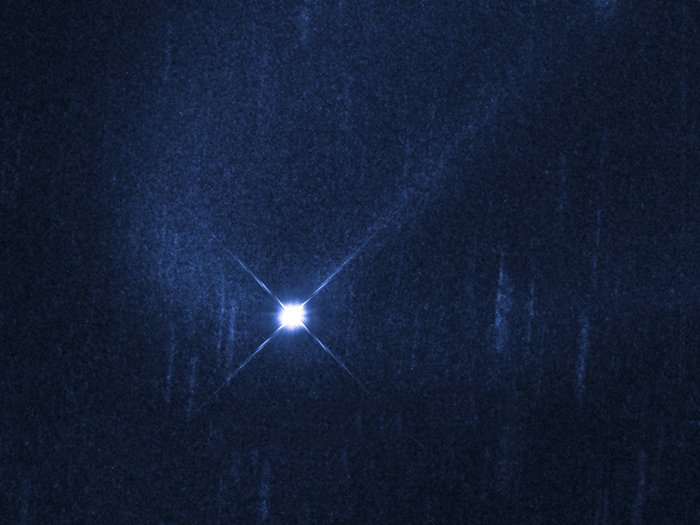 This is a Hubble Space Telescope picture of asteroid (596) Scheila, as observed on 27 Dec 2010. The visible-light image was taken with Hubble's Wide Field Camera 3 when the asteroid was approximately 350 million kilometres away. The asteroid is surrounded by a C-shaped cloud, or coma, of dust particles. A linear tail of dust can also be seen streaming behind the asteroid. The asteroid body, which is approximately 110 kilometres across, appears star-like because it is overexposed so that the faint dust can be imaged.

A second Hubble observation on 4 Jan 2011, showed that the dusty coma had faded by 30 percent. These data are consistent with the idea that Hubble is observing the aftermath of a collision between Scheila and a much smaller body that blasted debris from the surface. This would be the second time a collision between two asteroids has been witnessed.