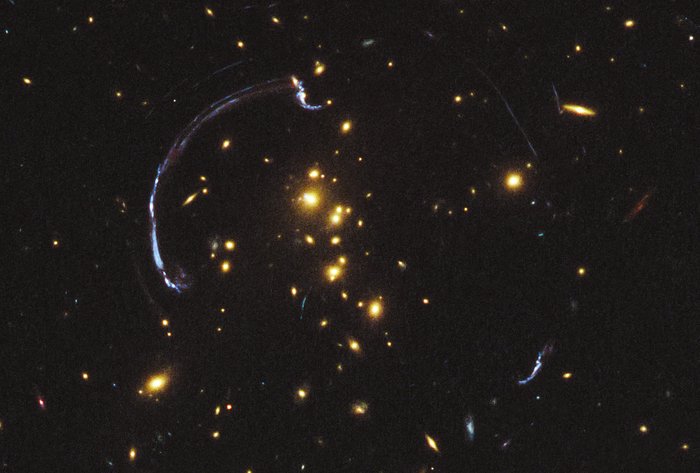 Thanks to the presence of a natural "zoom lens" in space, this is a close-up look at the brightest distant "magnified" galaxy in the Universe known to date. It is one of the most striking examples of gravitational lensing, where the gravitational field of a foreground galaxy bends and amplifies the light of a more distant background galaxy. In this image the light from a distant galaxy, nearly 10 billion light-years away, has been warped into a nearly 90-degree arc of light in the galaxy cluster RCS2 032727-132623. The galaxy cluster lies 5 billion light-years away. The background galaxy's image is over three times brighter than typically lensed galaxies. The natural-colour image was taken in March 2011 with the Hubble Space Telescope's Wide Field Camera 3.