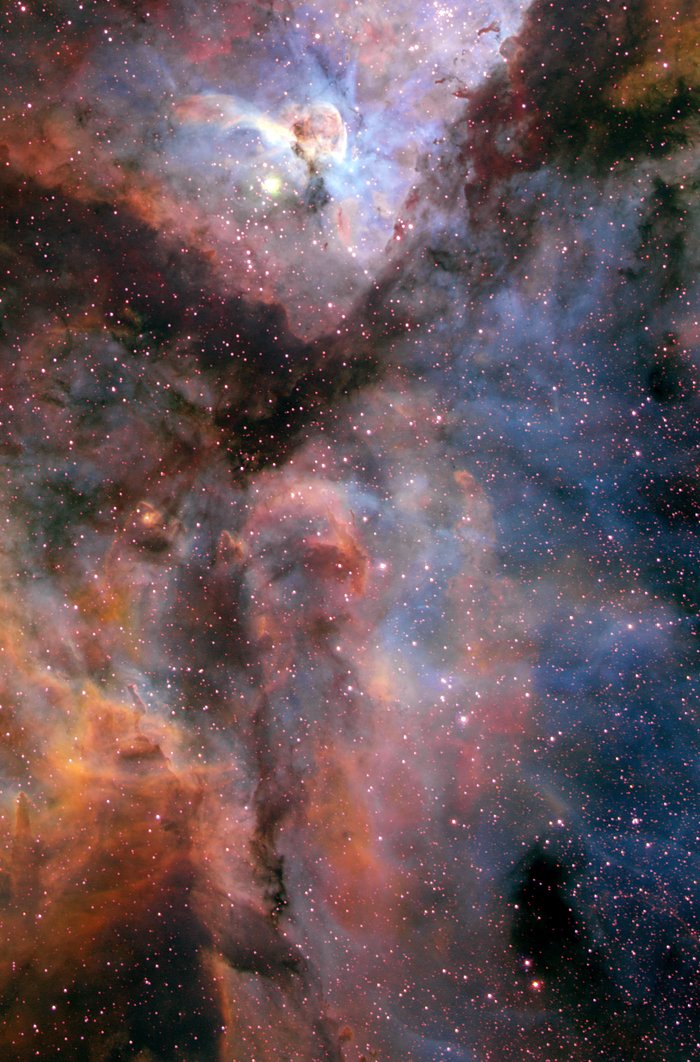 This image shows a giant star-forming region in the southern sky known as the Carina Nebula and combines the light from three different filters, which traces emission from oxygen (blue), hydrogen (green), and sulfur (red). The colour is also representative of the temperature in the ionized gas: blue is relatively hot and red is cooler. The picture is a composite of several exposures made in February 2000 with the Curtis Schmidt telescope at the Cerro Tololo Inter-American Observatory (CTIO) in Chile.