Compass and scale image of merging star clusters in 30 Doradus 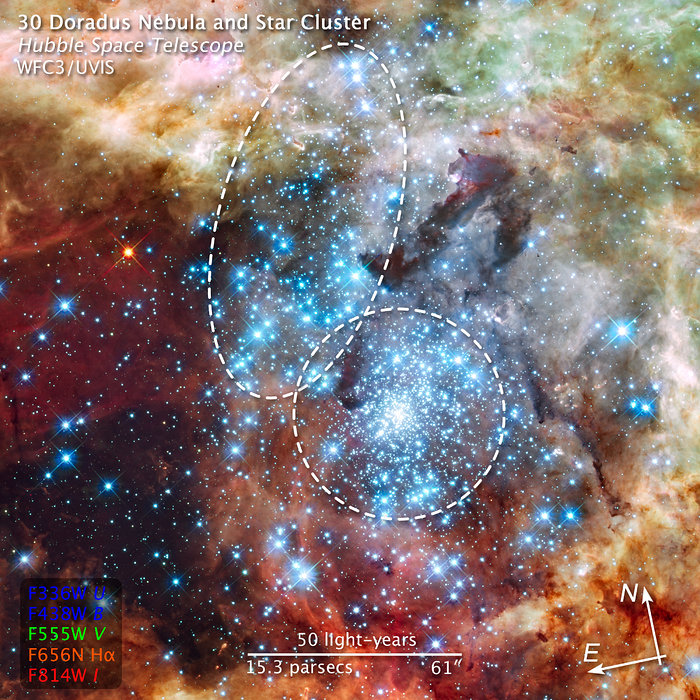 This is a Hubble Space Telescope image of a pair of star clusters that are believed to be in the early stages of merging. The clusters lie in the gigantic 30 Doradus Nebula, which is 170,000 light-years from Earth.

Hubble's circumstantial evidence for the impending collision comes from seeing an elongated structure in the cluster at upper left, and from measuring a different age between the two clusters. Also, the unusually large number of high-velocity stars around 30 Doradus can finally be explained if a small cluster has merged into the big cluster R136 in the center of the Tarantula Nebula.

This nearby example of cluster interaction yields insights into how star clusters may have formed in the early Universe.

The Hubble observations, made with the Wide Field Camera 3, were taken 20-27 October, 2009. The blue colour is light from the hottest, most massive stars; the green from the glow of oxygen; and the red from fluorescing hydrogen.