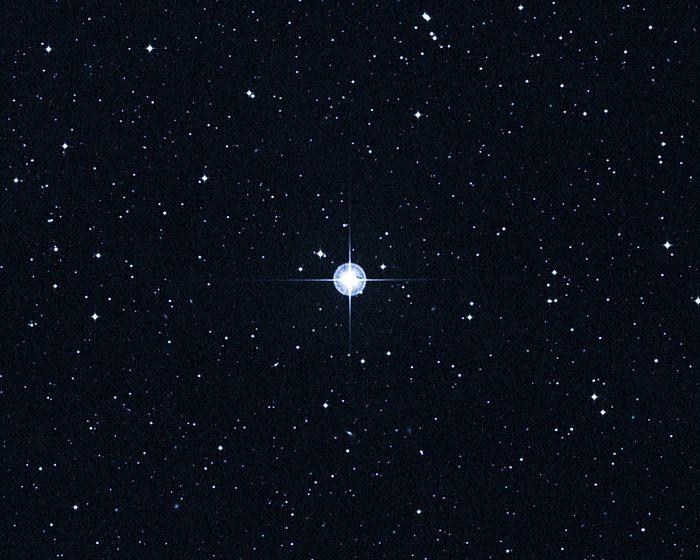 This is a Digitized Sky Survey image of the oldest star with a well-determined age in our galaxy. The ageing star, catalogued as HD 140283, lies over 190 light-years away. The NASA/ESA Hubble Space Telescope was used to narrow the measurement uncertainty on the star's distance, and this helped to refine the calculation of a more precise age of 14.5 billion years (plus or minus 800 million years).

The star is rapidly passing through our local stellar neighborhood. The star's orbit carries it through the plane of our galaxy from the galactic halo that has a population of ancient stars. The Anglo-Australian Observatory (AAO) UK Schmidt telescope photographed the star in blue
light.