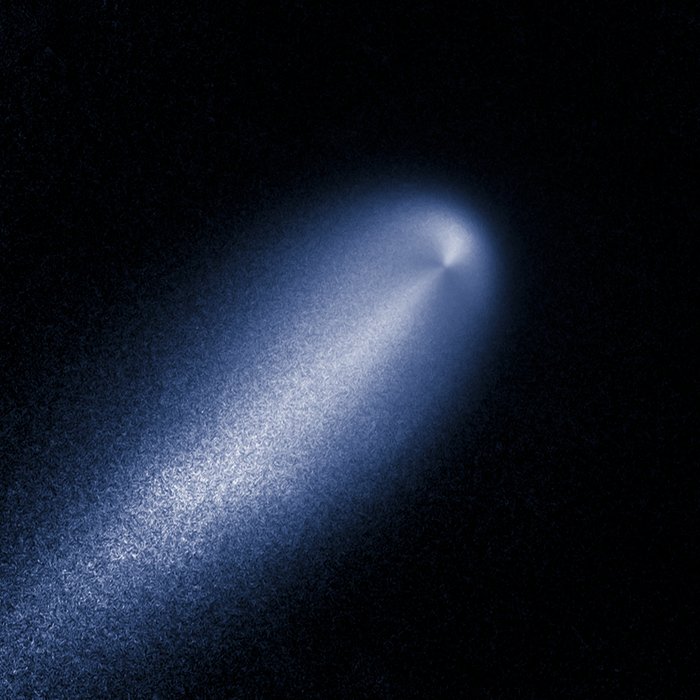 This is a contrast-enhanced image produced from Hubble images of Comet C/2012 S1 (ISON). It reveals the subtle structure in the inner coma of the comet. In this computer-processed view, the Hubble image has been divided by a computer model coma that decreases in brightness proportional to the distance from the nucleus, as expected for a comet that is producing dust uniformly over its surface. ISON's coma shows enhanced dust particle release on the sunward-facing side of the comet's nucleus, the small, solid body at the core of the comet. This information is invaluable for determining the comet's shape and evolution, and the spin of the solid nucleus.