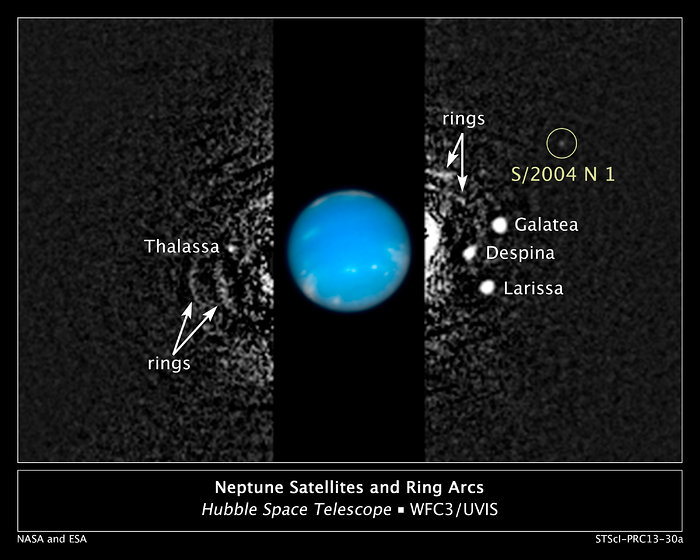 The moon is so small (no more than 20 kilometres across) and dim, it was missed by NASA's Voyager 2 spacecraft cameras when the probe flew by Neptune in 1989. Several other moons that were discovered by Voyager appear in this 2009 image, along with a circumplanetary structure known as ring arcs.

Mark Showalter of the SETI Institute discovered S/2004 N 1 in July 2013. He analysed over 150 archival Neptune photographs taken by Hubble from 2004 to 2009. The same white dot appeared over and over again. He then plotted a circular orbit for the moon, which completes one revolution around Neptune every 23 hours.

The black-and-white image was taken in 2009 with Hubble's Wide Field Camera 3 in visible light. Hubble took the colour inset of Neptune on August 19, 2009.