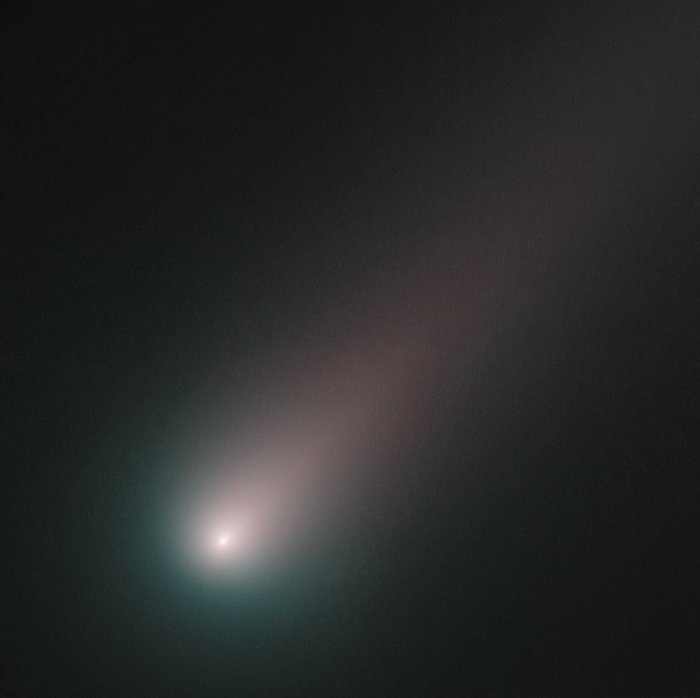 As of mid-November, ISON is officially upon us. Hubble has taken its closest look yet at the innermost region of the comet, where geysers of sublimating ice are fueling a spectacular tail.

Made from observations on 2 November 2013, the image combines pictures of ISON taken through blue and red filters. The round coma around ISON's nucleus is blue and the tail has a redder hue. Ice and gas in the coma reflect blue light from the Sun, while dust grains in the tail reflect more red light than blue light. This is the most colour separation seen so far in ISON and the comet, nearer than ever to the Sun, is brighter and more structured than ever before.

Comet ISON will come closest to the Sun on November 28, a point in its orbit known as perihelion. Comet ISON was fairly quiet until 1 November 2013, when it experienced an outburst that doubled the amount of gas the comet emitted. After this image was taken, a second outburst shook the comet, increasing its activity by a factor of ten. Over the past couple of nights, the comet has stabilised at its new level of activity.

It is now bright enough to be seen with a good pair of binoculars from a dark site, in the morning skies towards the East.