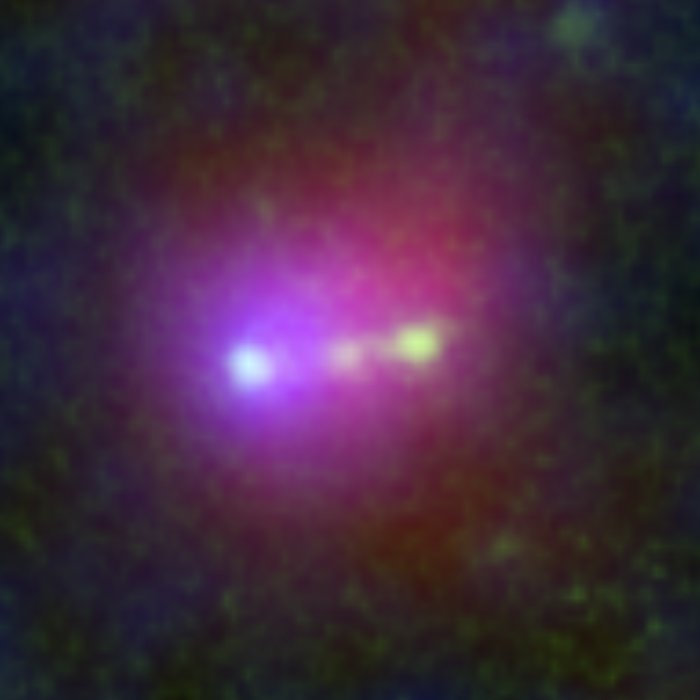 This image shows a giant primordial bubble of gas dubbed "Himiko" (after the queen of ancient Japan), as viewed by Hubble, Subaru, and Spitzer. The combination of three Hubble infrared bands is green, while Lyman-alpha emission captured by Subaru Suprime-Cam and infrared 3.6 micron taken by the Spitzer Infrared Array Camera are presented with blue and red, respectively.

Astronomers using the combined power of the NASA/ESA Hubble Space Telescope and the Atacama Large Millimeter/submillimeter Array (ALMA) telescope have discovered that a trio of primitive galaxies are actually nestled inside this enormous gas blob. The rare triple system existed when the Universe was only 800 million years old. The trio may eventually merge into a single massive galaxy, researchers predict.