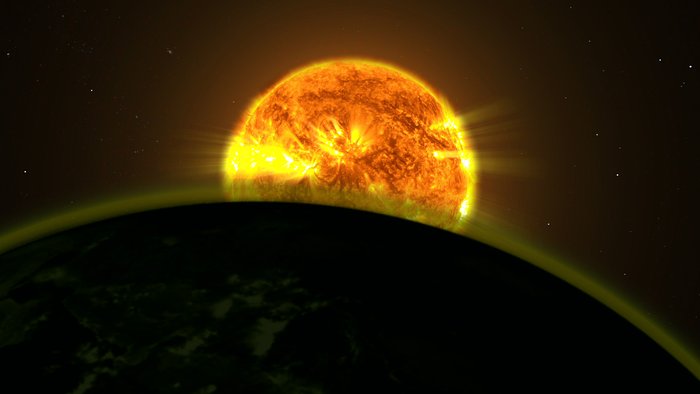 The planets are not the size of Earth, but rather massive worlds known as hot Jupiters because they orbit so close to their stars. Hubble's instruments can deduce the types of gases in the atmospheres of these monsters by determining which colours of a star's light are transmitted and which are partially absorbed as the planet passes in front of its star.