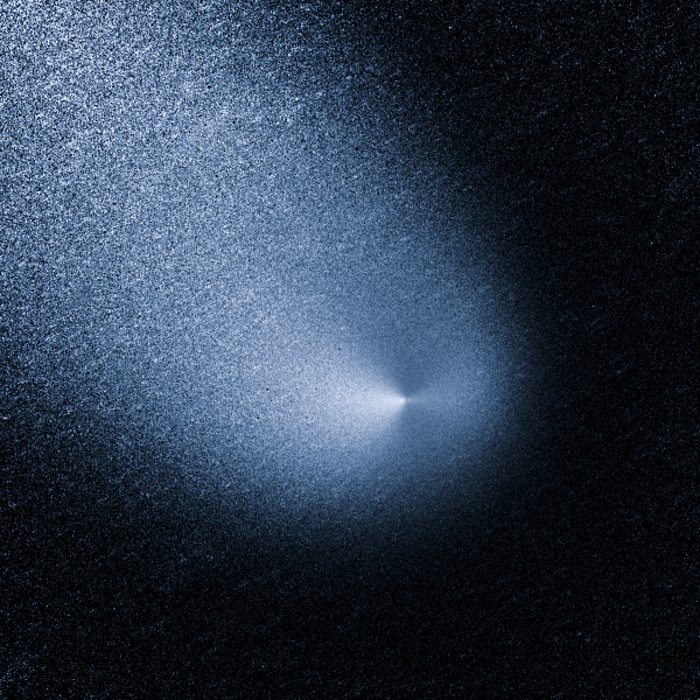 This is a processed close up image of Comet Siding Spring.

Comet Siding Spring is plunging toward the Sun along a roughly 1-million-year orbit. The comet, discovered in 2013, was within the radius of Jupiter's orbit when the Hubble Space Telescope photographed it on March 11, 2014.

Hubble resolves two jets of dust coming from the solid icy nucleus. These persistent jets were first seen in Hubble pictures taken on Oct. 29, 2013. The feature should allow astronomers to measure the direction of the nucleus's pole, and hence, rotation axis.

The comet will make its closest approach to our Sun on Oct. 25, 2014, at a distance of 130 million miles, well outside Earth's orbit. On its inbound leg, Comet Siding Spring will pass within 84,000 miles of Mars on Oct. 19, 2014, which is less than half the Moon's distance from Earth. The comet is not expected to become bright enough to be seen by the naked eye.