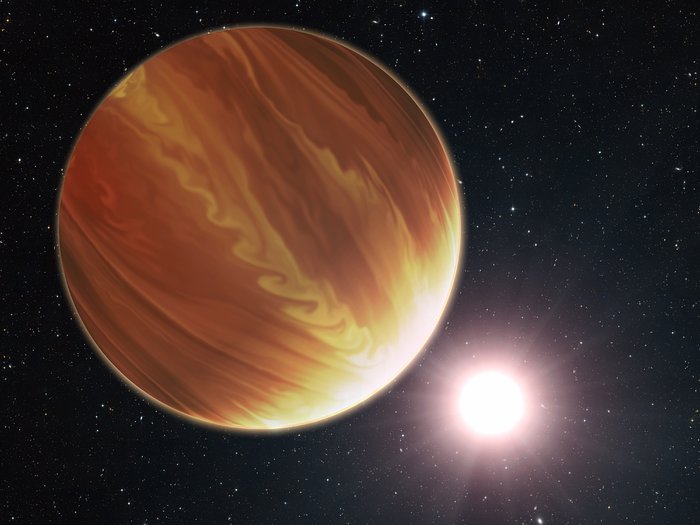 This is an artistic illustration of the gas giant planet HD 209458b (unofficially named Osiris) located 150 light-years away in the constellation Pegasus.

This is a "hot Jupiter" class planet. Estimated to be 220 times the mass of Earth. The planet's atmosphere is almost 1000 degrees celsius. It orbits very closely to its bright sun-like star, and the orbit is tilted edge-on to Earth. This makes the planet an ideal candidate for the NASA/ESA Hubble Space Telescope to analyse and make precise measurements of the chemical composition of the giant's atmosphere as starlight filters though it. To the surprise of astronomers, they have found much less water vapor in the atmosphere than standard planet-formation models predict.