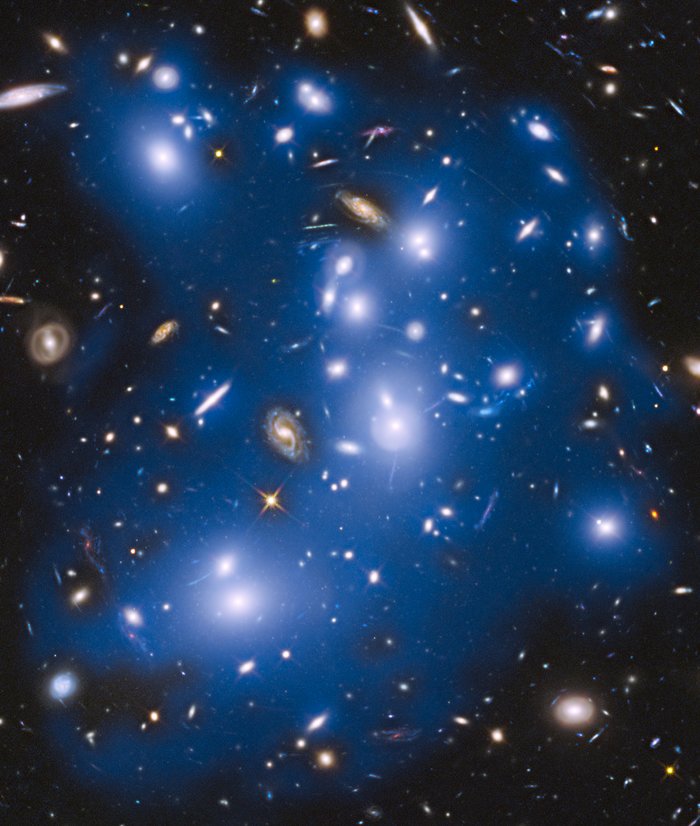 In this image the total starlight from the cluster has been artificially coloured blue. This reveals that not all the starlight is contained within the cities of stars — the galaxies — which appear as bright blue-white blobs. A fraction of the starlight is also dispersed throughout the cluster, as seen in the darker blue regions.

This light comes from dead galaxies. The galaxies were torn apart long ago by the cluster's gravitational forces, and their stars were scattered into what is known as intracluster space — the space between the galaxies.

These orphaned stars roam the cluster, without being gravitationally tethered to any single galaxy. Because these extremely faint stars are brightest at near-infrared wavelengths of light, this type of observation could only be accomplished with Hubble’s infrared sensitivity to extraordinarily dim light.

The galaxies that are not coloured blue are either in the foreground or background and are not part of the cluster.