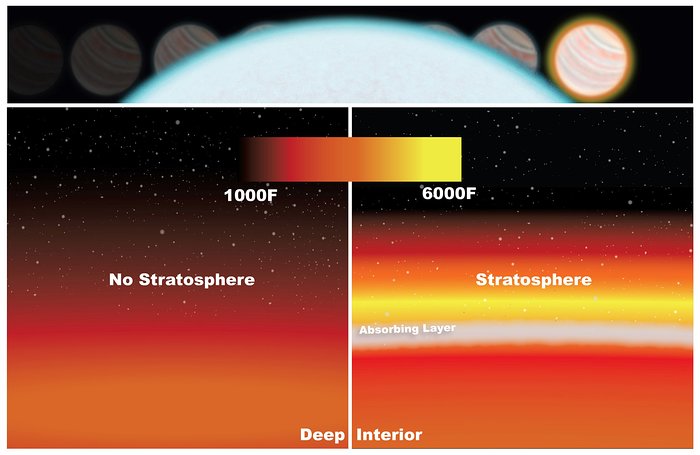 NASA scientists detected a stratosphere on WASP-33b by measuring the drop in light as the planet passed behind its star (top). Temperatures in the low stratosphere rise (right) because of molecules absorbing radiation from the star; otherwise, temperatures would cool down at higher altitudes (left).