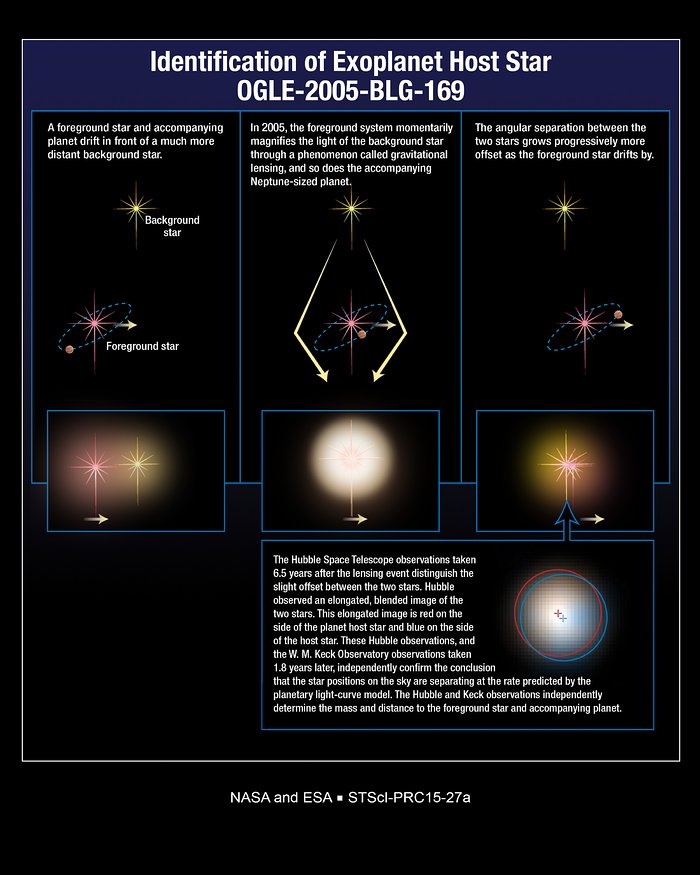 This graphic illustrates how a star can magnify and brighten the light of a background star when it passes in front of the distant star. If the foreground star has planets, then the planets may also magnify the light of the background star, but for a much shorter period of time than their host star. Astronomers use this method, called gravitational microlensing, to identify planets.