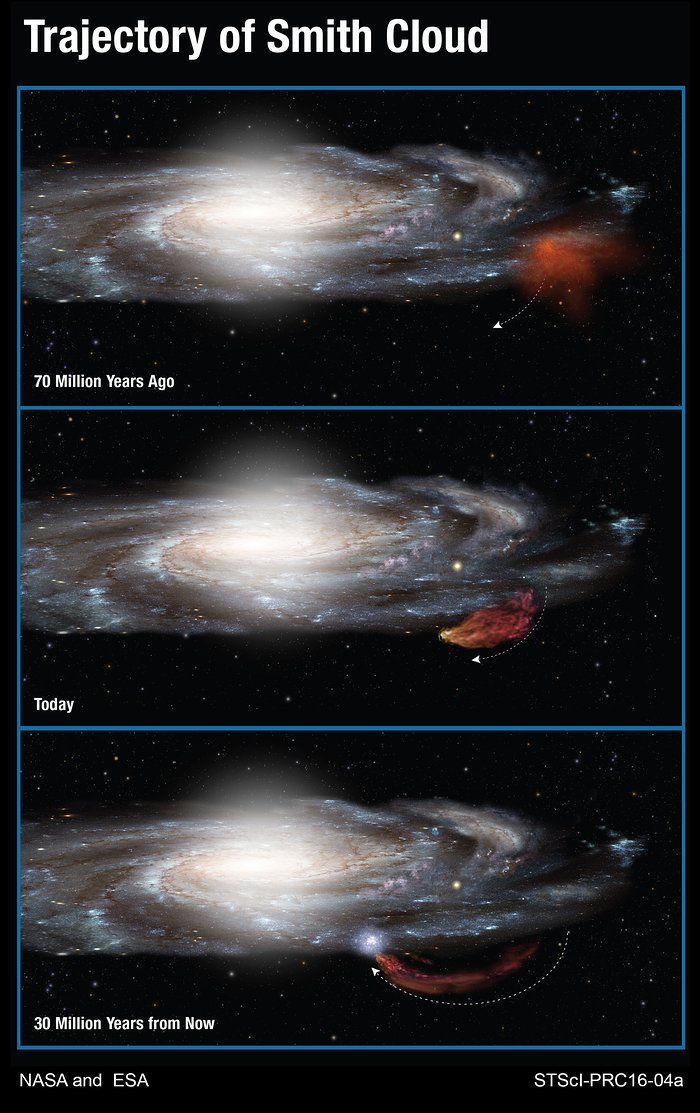 This diagram shows the 100-million-year-long trajectory of the Smith Cloud as it arcs out of the plane of our Milky Way galaxy and then returns like a boomerang. Measurements made with the NASA/ESA Hubble Space Telescope show that the cloud, because of its chemical composition, came out of a region near the edge of the galaxy's disc of stars 70 million years ago. The cloud is now stretched into the shape of a comet by gravity and gas pressure. Following a ballistic path, the cloud will fall back into the disc and trigger new star formation 30 million years from now.