Artist's View of a Super-Jupiter around a Brown Dwarf (2M1207) 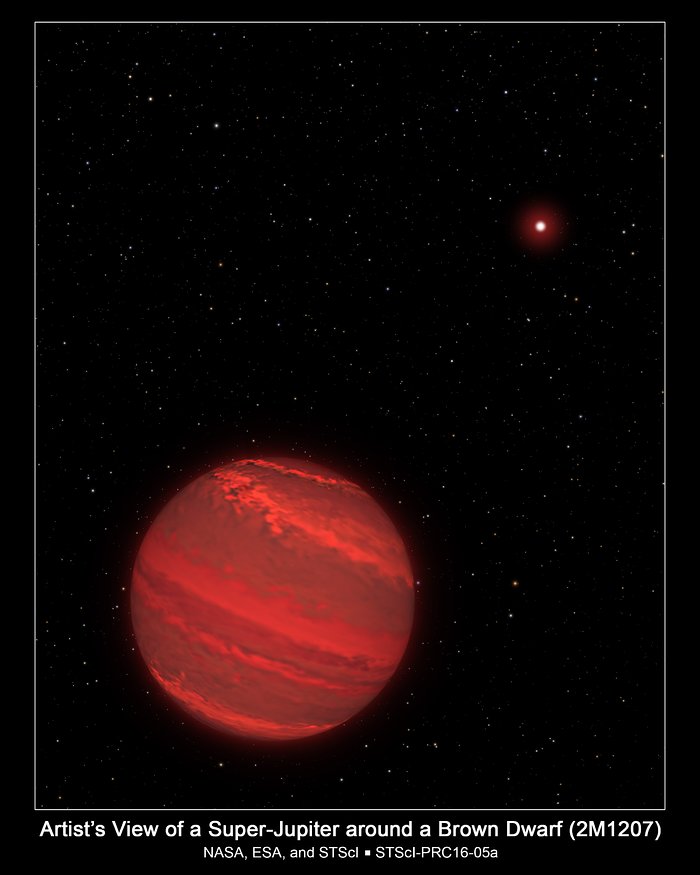 This is an artist impression of a planet that is four times the mass of Jupiter and orbits 8 billion kilometres from a brown-dwarf companion (the bright red object seen in the background). The rotation rate of this super-Jupiter has been measured by studying subtle variations in the infrared light the hot planet radiates through a variegated, cloudy atmosphere. The planet completes one rotation every 10 hours — about the same rate as Jupiter. Because the planet is young, it is still contracting under gravity and radiating heat. The atmosphere is so hot that it rains molten glass and, at lower altitudes, molten iron.

Because the planet is only 170 light-years away, many of the bright background stars that can be seen from Earth can be seen from the planet's location in our galaxy, including Sirius, Fomalhaut, and Alpha Centauri. Our sun is a faint star in the background, located midway between Procyon and Altair.