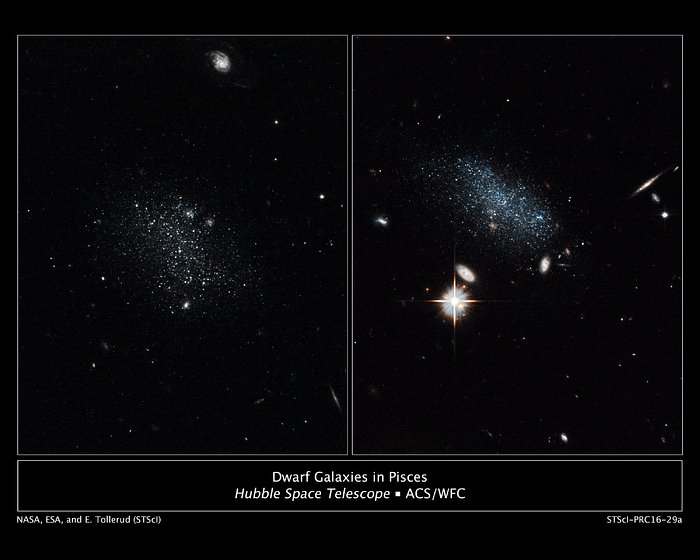 The NASA/ESA Hubble Space Telescope has captured the glow of new stars in these small, ancient galaxies. Pisces A is on the left and Pisces B is on the right.

Hubble observations suggest that Pisces A and Pisces B should have produced the bulk of their stars long ago. But the puny galaxies dwelled for billions of years in the Local Void, a region of the Universe sparsely populated with galaxies. Now the galaxies have moved into a region packed with galaxies and intergalactic gas. This dense environment is triggering star birth.