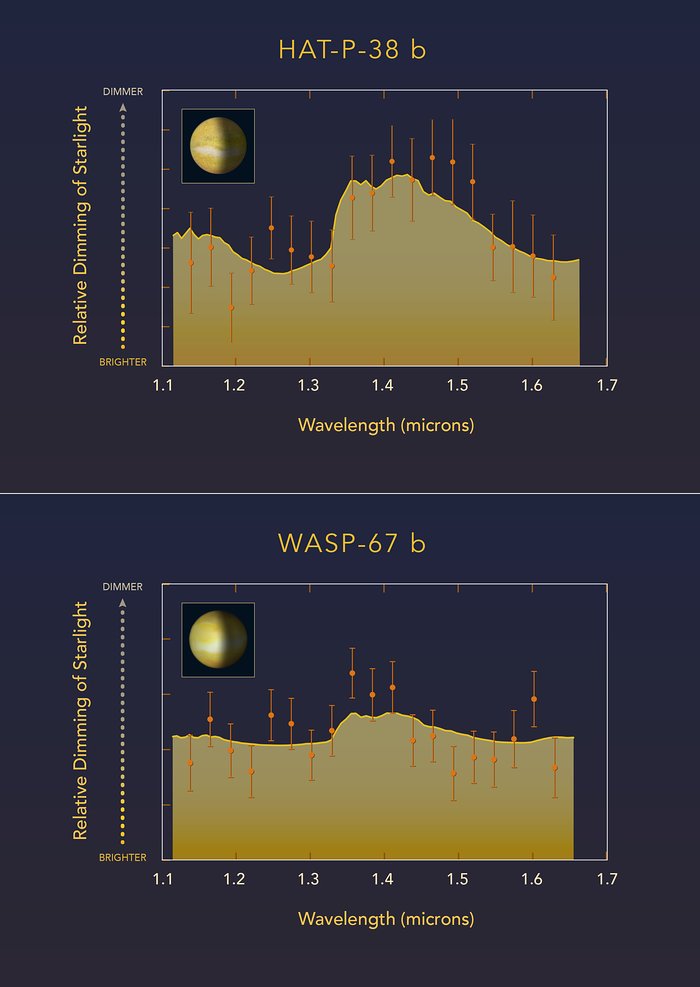 This diagram compares observations made with the NASA/ESA Hubble Space Telescope of two "hot Jupiter"-class planets orbiting very closely to different sunlike stars. Astronomers measured how light from each parent star is filtered through each planet's atmosphere. Hubble near-infrared observations were used to measure the spectral fingerprint caused by the presence of water vapor in the atmosphere. The exoplanet HAT-P-38 b does show a water signature — indicated by the absorption-feature peak in the spectrum. This is interpreted as indicating the upper atmosphere is free of clouds or hazes. By contrast, a very similar hot Jupiter, WASP-67 b, has a flat spectrum that lacks any water-absorption feature. This suggests that most of the planet's atmosphere is masked by high-altitude clouds.