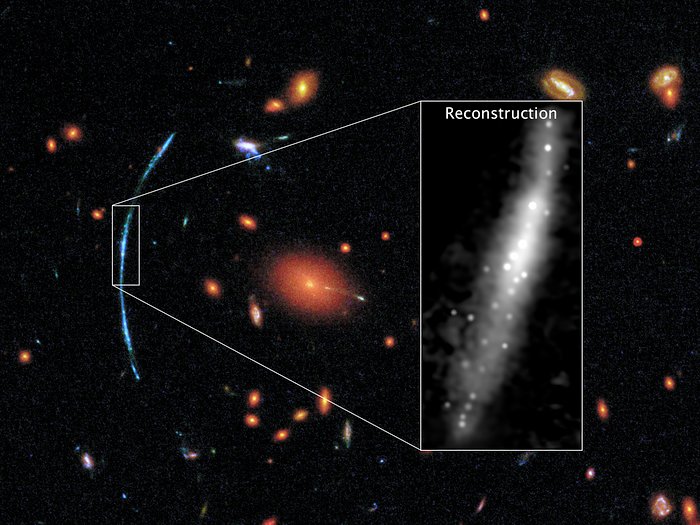 By using the magnifying power of this natural cosmic lens, astronomers have been able to study the background galaxy in intimate detail. Through sophisticated computer processing, they determined how the galaxy’s image has been warped by gravity. The image at right shows how the galaxy would look to Hubble without distortions.

It reveals a disc galaxy containing clumps of star formation that each span about 200 to 300 light-years. This contradicts theories suggesting that star-forming regions in the distant, early Universe were much larger, 3000 light-years or more in size.