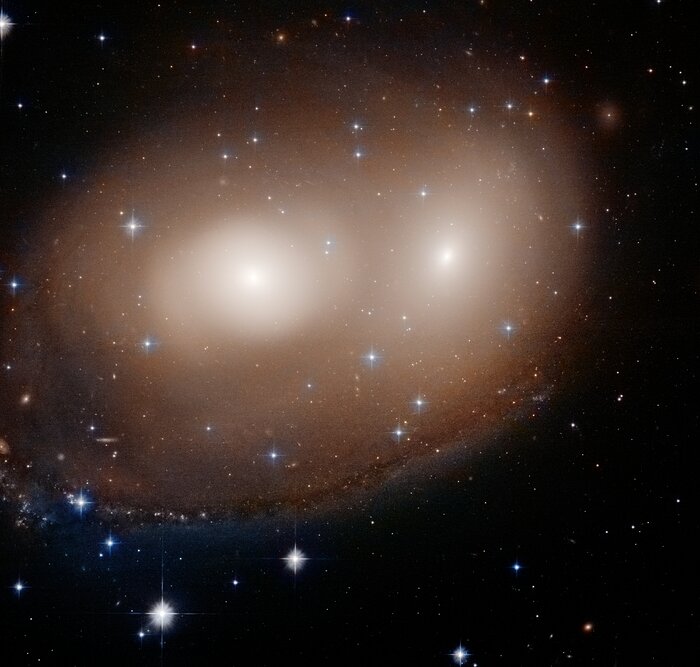 What looks like two glowing eyes and a crooked carved smile in this new NASA/ESA Hubble Space Telescope snapshot is the early stages of a collision between two galaxies. Residing in the constellation Canis Major, the entire view is 109,000 light-years across, approximately the diameter of our Milky Way.

The overall pumpkin-ish color corresponds to the glow of aging red stars in two galaxies, cataloged as NGC 2292 and NGC 2293, which only have a hint of spiral structure.

The ghostly arm making the “smile” may be just the beginning of the process of rebuilding a spiral galaxy, say researchers. The arm embraces both galaxies. It most likely formed when interstellar gas was compressed as the two galaxies began to merge. The higher density precipitates new star formation.