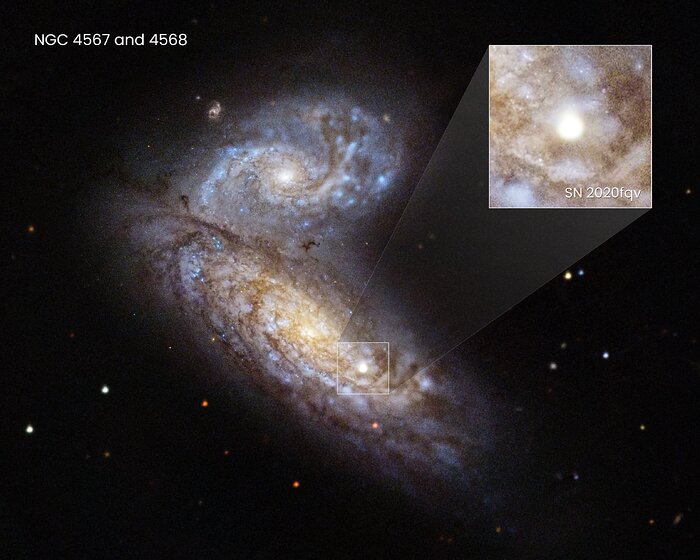 Along with other space- and ground-based telescopes, Hubble delivered a ringside seat to the first moments of the ill-fated star's demise, giving a comprehensive view of a supernova in the very earliest stage of exploding. Hubble probed the material very close to the supernova that was ejected by the star in the last year of its life. These observations allowed researchers to understand what was happening to the star just before it died, and may provide astronomers with an early warning system for other stars on the brink of death.