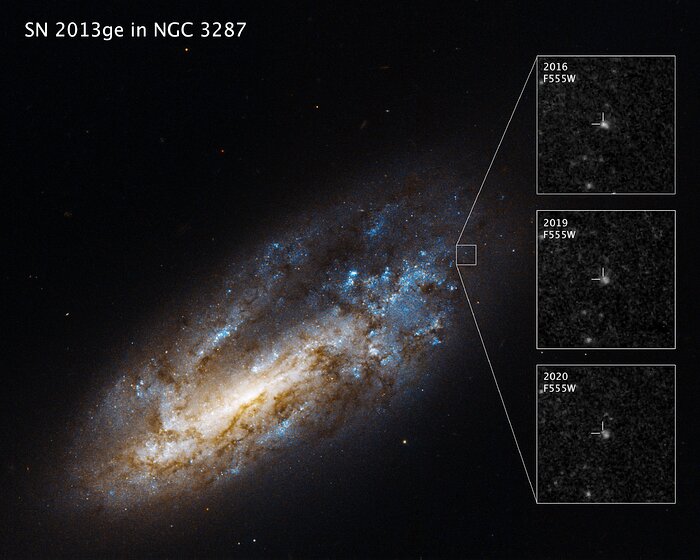 Hubble has uncovered a witness at the scene of a star's explosive death: a companion star previously hidden in the glare of its partner's supernova. The discovery is a first for a particular type of supernova—one in which the star was stripped of its entire outer gas envelope before exploding. The finding provides crucial insight into the binary nature of massive stars, as well as the potential prequel to the ultimate merger of the companion stars that would rattle across the universe as gravitational waves, ripples in the fabric of spacetime itself.

This visual presents Hubble images of galaxy NGC 3287 and the supernova 2013ge fading over time, revealing the steady source of ultraviolet light astronomers have identified as its binary companion star.