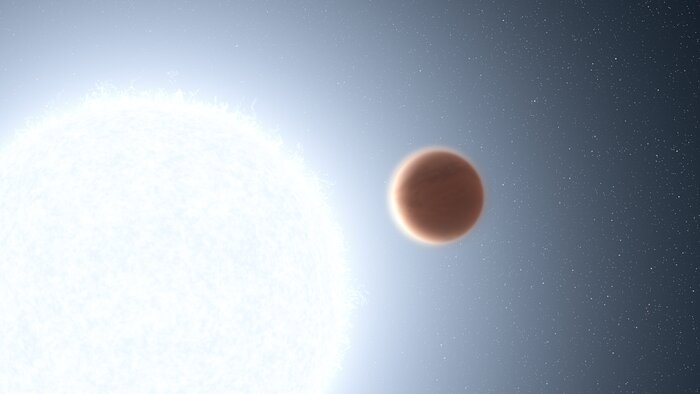 This is an artist's impression of the planet KELT-20b which orbits a blue-white star. The giant planet is so close to its star (8 million kilometres) the torrent of ultraviolet radiation from the star heats the planet's atmosphere to over 3,000 degrees Fahrenheit. This creates a thermal layer where the atmosphere increases in temperature with altitude. This is the best evidence to date – gleaned from the NASA/ESA Hubble Space Telescope – for a host star affecting a planet's atmosphere directly. The seething planet is 456 light-years away.

This Hubble research provides dramatic new insights into the vast range of atmospheric conditions on other worlds, and helps astronomers build better theories for making themselves exoplanet weather forecasters. Before thousands of planets around other stars were discovered, astronomers were limited to doing comparative planetology only to the handful of worlds in our solar system.