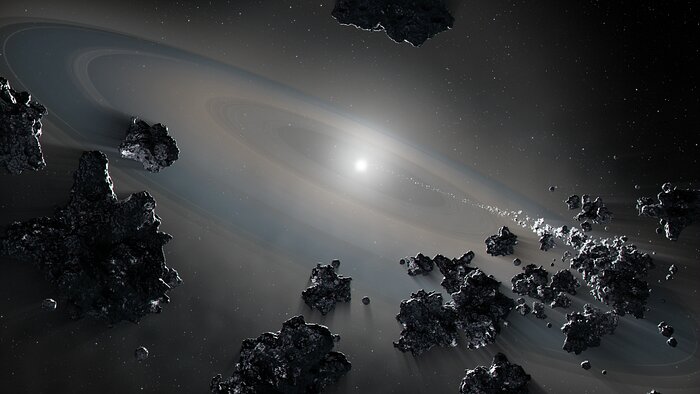 This illustration shows a white dwarf star syphoning off debris from shattered objects in a planetary system.

Archival data from the NASA/ESA Hubble Space Telescope helped detect the spectral signature of the vaporised debris that revealed a combination of rocky-metallic and icy material, the ingredients of planets. The findings help describe the violent nature of evolved planetary systems and the composition of its disintegrating bodies.

The findings are based on analysing material captured by the atmosphere of the nearby white dwarf star G238-44. A white dwarf is what remains of a star like our Sun after it sheds its outer layers and stops burning fuel through nuclear fusion.