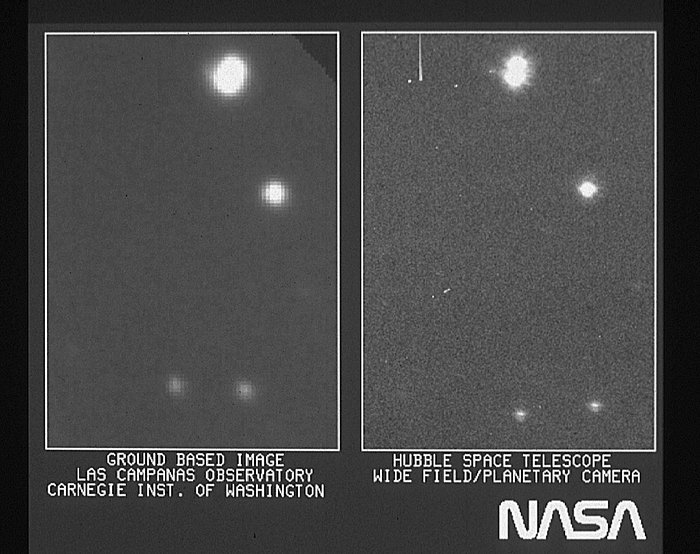 On the right is part of the first image taken with NASA/ESA Hubble Space Telescope's (HST) Wide Field Planetary Camera. It is shown with a ground-based picture from Las Campanas, Chile, Observatory of the same region of the sky. The Las Campanas picture was taken with a 100-inch telescope and its typical of high quality pictures obtained from the ground. All objects seen are stars within the Milky Way galaxy.

The images of the stars in the ground-based picture are fuzzy and in some cases are overlapping, because of smearing by the Earth's atmosphere. The same stars in the HST frame are sharper and well resolved, as shown by the double star at the top of the image. By avoiding the Earth's atmosphere, the HST gives sharper images and better resolution. In this early engineering picture, the HST images are roughly 50 percent sharper than the ground-based images.

Notes: The left ground-based image was taken at the Las Campanas Observatory in Chile, using the 100-inch DuPont reflector.