R Aquarii - a nearby exploding star 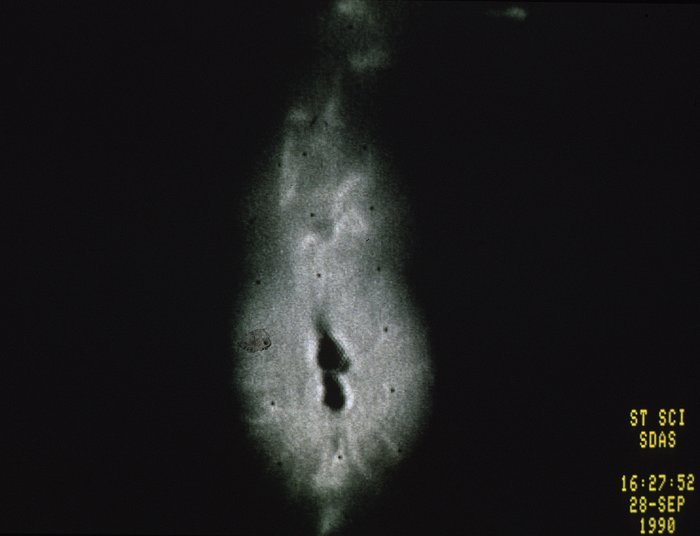 This is the first picture taken by HST of a recent nova, the star system R-Aquarii. The two dark knots at the center of the image probably contain the binary star system itself, which consists of a red giant and white dwarf star. The knots are dark due to saturation effects produced by the FOC detector when it observes very bright objects.

The filamentary features emanating from the core are hot gas (plasma) that has been ejected at high speeds from the binary pair. The plasma emerges as a 400 billion kilometer-long geyser which is twisted by the force of the explosion and channeled upwards and outwards by strong magnetic fields. The flowing material appears to bend back on itself in a spiral pattern, perhaps due to obstruction in the path.