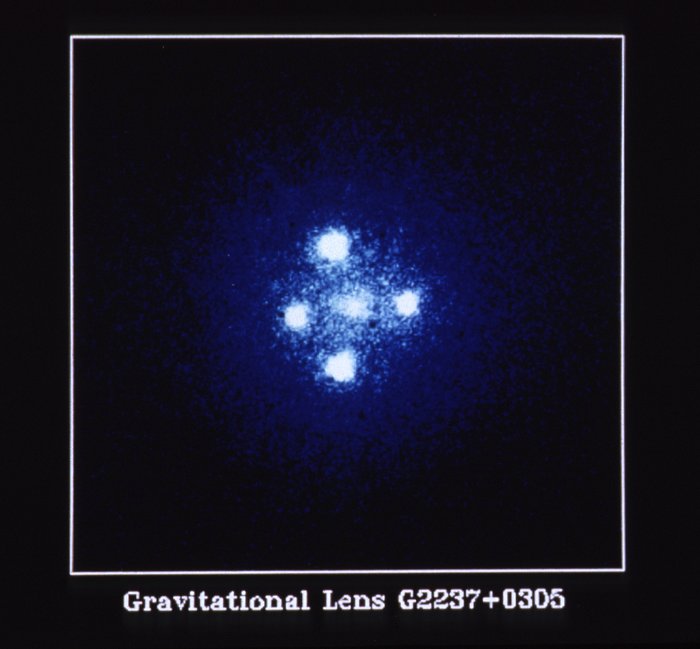 The European Space Agency's Faint Object Camera on board NASA/ESA Hubble Space Telescope has provided astronomers with the most detailed image ever taken of the gravitational lens G2237 + 0305, sometimes referred to as the "Einstein Cross". The photograph shows four images of a very distant quasar which has been multiple-imaged by a relatively nearby galaxy acting as a gravitational lens. The angular separation between the upper and lower images is 1.6 arc seconds.