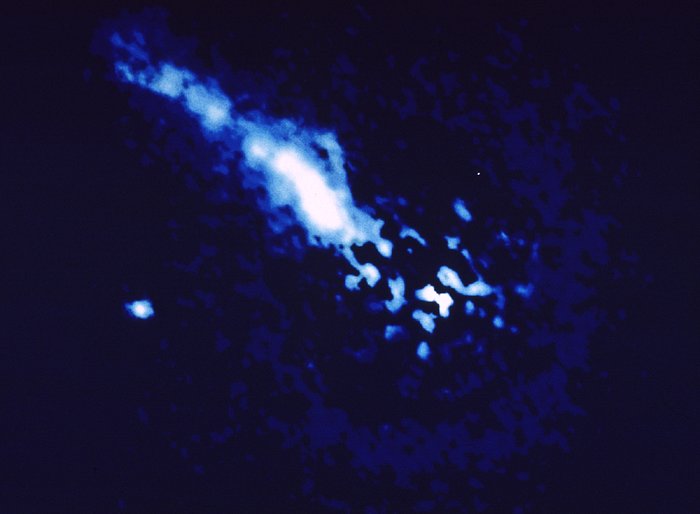 This is a ten thousand light-year long jet of plasma observed by the European Space Agency's Faint Object Camera, aboard NASA/ESA Hubble Space Telescope. The image, which is much sharper than previous pictures taken with ground based telescopes. reveals unprecedented detail in the jet. The most remarkable feature is a distinctive twisted ladder structure produced by two spiral filaments of plasma. The pair of strands are separated by about 500 light-years. Other details reveal unusual knots and kinks in the outflowing material. The jet is produced by energetic activity at the core of the galaxy perhaps due to gravitational accretion of material onto a super massive black hole.

In this ultraviolet light picture the image of the host galaxy, 3C 668, has been subtracted to allow details in the jet to be traced all the way in to the galaxy's nucleus (center). Image reconstruction techniques have been applied to minimize the effects of spherical aberration produced by the HST's 2.4 meter primary mirror.