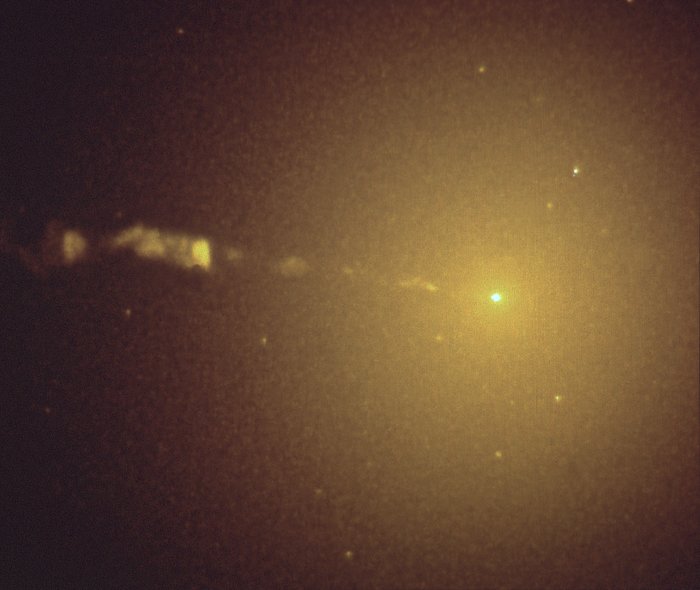 NASA/ESA Hubble Space Telescope clearly shows the central core and accompanying jet of the giant elliptical galaxy M87. This near-infrared image was taken with HST's Wide Field and Planetary Camera (WF/PC), in high resolution mode, on June 1, 1991. The image is being presented on Thursday, January 16th at the 179th meeting of the American Astronomical Society in Atlanta, Georgia.

The steady increase in brightness of M87 towards its center is readily apparent in the image, showing that the stars in MS7 are strongly concentrated towards its nucleus, as if drawn into the center and held there by the gravitational field of a massive black hole. Theoretical models suggest that the structure of Mg7 is consistent with a central 2.6 billion solar mass black hole. High resolution spectroscopic observations are now needed to confirm this possibility.