One of hottest known stars captured in Hubble photograph 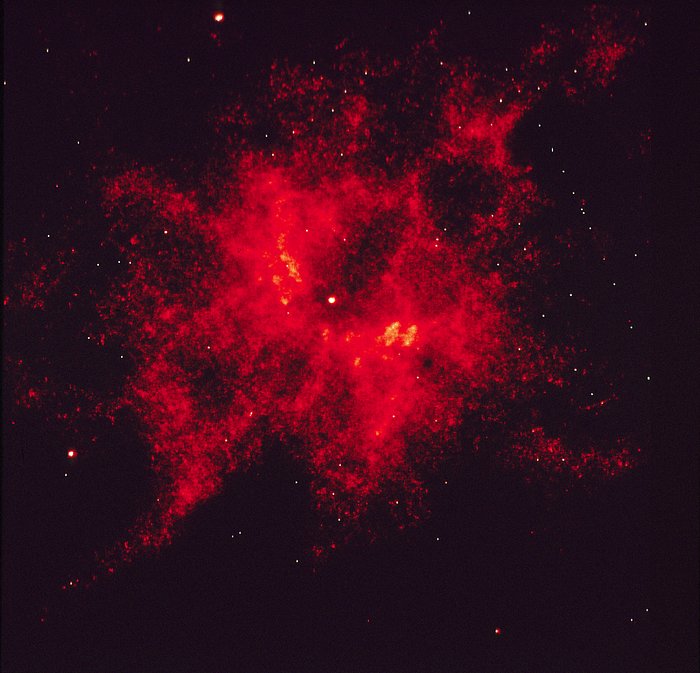 This photograph from the NASA/ESA Hubble Space Telescope presents the first clear view of one of the hottest known stars, the central star of nebula NGC 2440 in our Milky Way galaxy. The superhot star, called "the NGC 2440 nucleus" is the bright white dot in the center of this photograph.

In previous photographs made with telescopes on the ground, blurring due to the Bath's atmosphere acted to smear together the light from the star with the glow of the surrounding nebula. By clearly separating the starlight from the nebular glow, astronomers have been able to make the most accurate estimate yet for the star temperature: a torrid 200,000 degrees Celsius (or 360,000 degree Fahrenheit) or more.