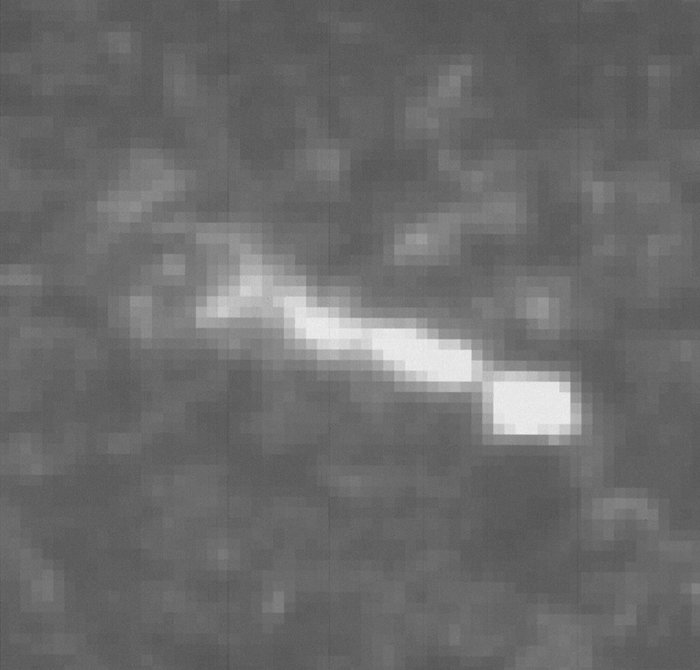 A NASA/ESA Hubble Space Telescope image of the central region of the galaxy NGC 3862 reveals a jet-like feature previously unseen in optical wavelengths. The image was taken with the European Space Agency's Faint Object Camera in F196 mode at a wavelength of 3400 angstroms. The image's 0.06 arc second resolution reveals several knots and twists in the jet. The jet's full angular size is about 0.6 arc second, corresponding to a length of 740 light-years.

NGC 3862 is an elliptical galaxy in a rich cluster of galaxies known as Abell 1367, located at a distance of about 260 million light-years away in the constellation of Leo. This new type of jet suggests that astronomers are seeing a new and unexpected phenomena in galactic nuclei.