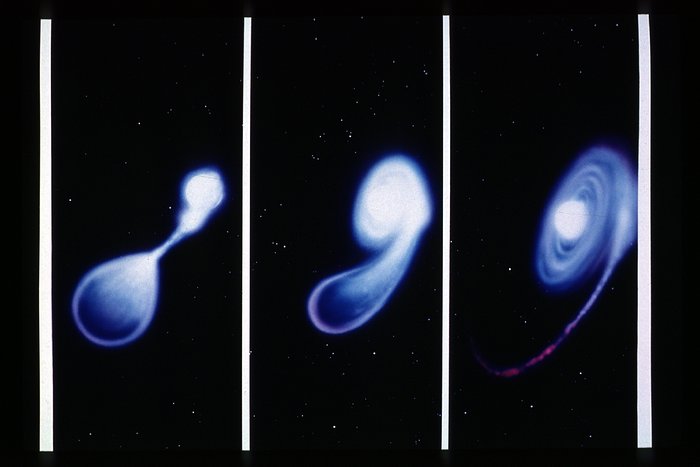 This artist's illustration shows three steps in the merger of a pair of white dwarf stars. The illustration depicts how planets may form around massive white dwarfs and is based upon theoretical studies by astronomers Mario Livio, Jim Pringle, and Rex Saffer of the Space Telescope Science Institute in Baltimore, MD.

At least half of the stars in our Milky Way galaxy are double star systems. During their evolution such systems may undergo a phase in which the cores of the two stars revolve inside a tenuous common envelope. The end product of such a phase can be a close pair of very compact objects known as white dwarfs (white dwarfs are stars late in their evolution, which have contracted to the size of Earth but retain as much mass as the Sun).